Betting on props for the Super Bowl is always a great opportunity to take advantage of for the big game. There are 500 props available to bet on via Superbook for the Super Bowl and I am going to run through a few of our favorites.

The interesting thing about the prop market, especially for the Super Bowl, is that you tend to see a lot of the totals inflated. This is speculation because there are a lot of public bettors who bet on the Super Bowl more than other events, and the majority of casual bettors seem to bet more on the overs than unders.

I.e- Patrick Mahomes passing yards line in set at 325.5. In reality, this line may be 2-5 yards too high, but you still will see public action more on the over.

Keep this in mind as you are going over the props for Sunday.

The recreational bettor also likes to chase the plus money also and we start it off with one pick in particular that fits this thinking.

Total Number of Players to Attempt a Pass?

In the last two seasons under Bruce Arians, a non-QB has attempted a pass zero times. The Chiefs on the other hand had 2 occurrences this season where a non QB attempted a pass. One was Travis Kelce and the other was their punter on a fake punt. I should note, that the Kelce pass was against the Bucs earlier in the season.

Barring a QB injury by either Brady or Mahomes, we like the odds here. The only hope is if the Chiefs run a trick play, which certainly is a probability, but I like the value and would play this up to -180.

It isn’t sexy to play YES at -160 and most likely the public is on the over here as it is plus money and they will be hoping for a trick play. 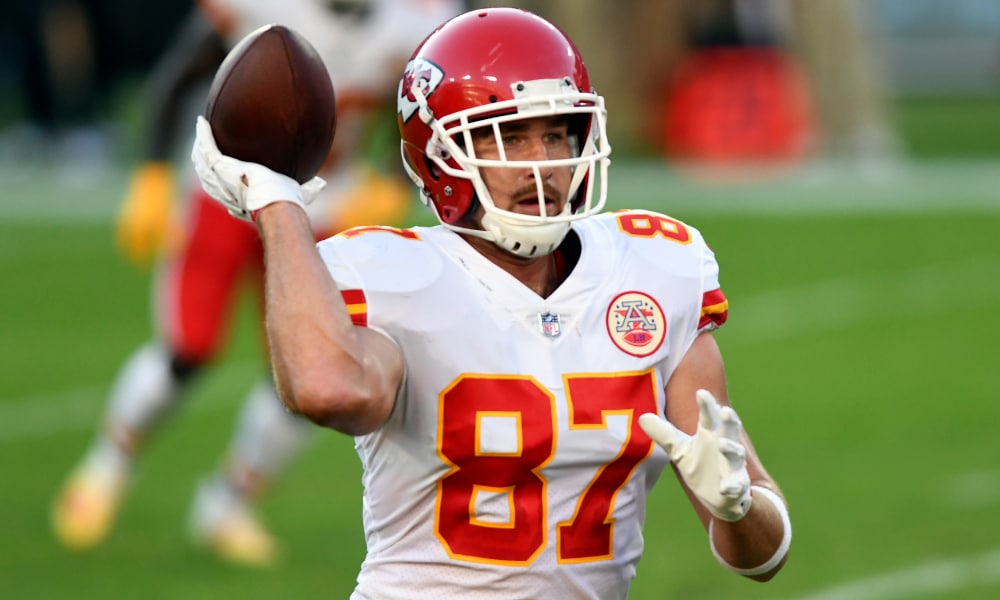 Shortest Made FG of the Game?

Another way to read this is will there be a FG kicked within the 10 yard line.

Chiefs and Bucs rank 11th & 12th in red zone conversions (for TDs) on the year. Our thinking here is that the both teams may be more aggressive in to go situations. Another factor to consider is that the longest TD line is at 46.5 yards, so the big play threat for both teams is something to consider, and either team may have an occurrence where they go from out of FG range to a TD scored or 20-30 yards away and a TD. Note- to win this bet, we need at least one FG from 27+ yards out or the bet would lose.

What this comes down to is variance expected for Hardman with the return of Watkins. In weeks 11-16, when Watkins was in the lineup, Hardman at a total of 140 yards in 6 games, which comes out to 23 yards per game on average. In the last 3 games, he has a total of 87 yards which comes out to 29 yards per game. Watkins was out of those three games.

Gronk has been quiet as well the last few games. In the last 3 playoffs games, Gronk had 0 yards, 14 yards and 29 yards. Sure there is variance with Gronk with those last 3 games, but if you put more weight on Gronk and Brady’s history in the Super Bowl than the last three games like I do, then go with Gronk -3.5 more yards than Hardman.

The next prop will explain why I like Gronk on Sunday to have a game that exceeds expectations. Go with Gronk -3.5 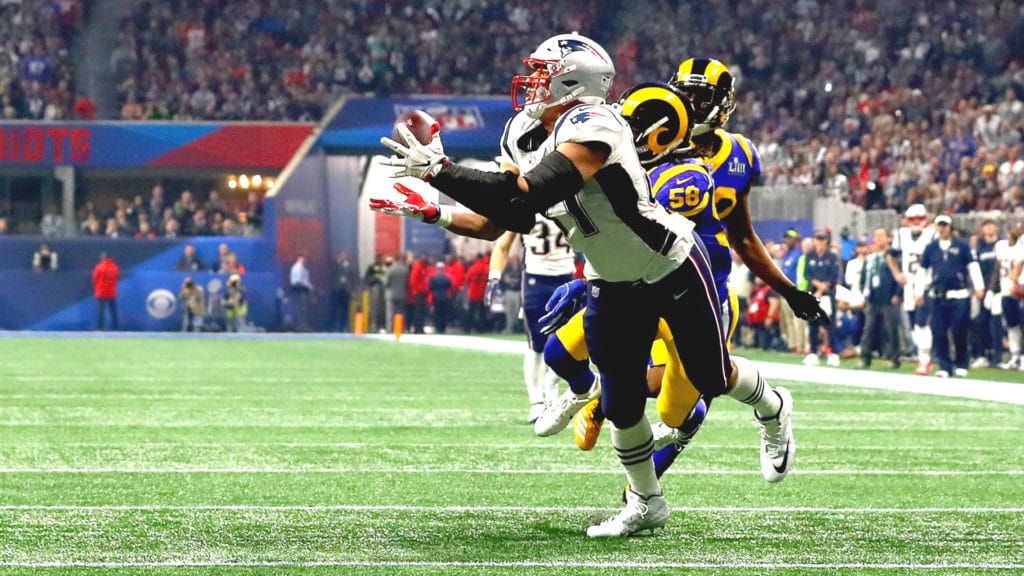 To score a TD-

I like Gronk at +225. He has had his fair share of red zone targets and seven TDs on the season. He has been quiet the last few games, but this is Gronk’s 6th SB and has 3 TD’s from Brady in Superbowls, so I think Brady will rely on this experience and for Gronk to get a TD.

Over the last 15 years, 10 QB’s have one MVP, 3 WR’s, and 2 defensive players (both LB). A RB hasn’t won the award since Terrell Davis since 1998. Obviously, to win the MVP, your team needs win the game. Unless you think you can pull a Chuck Howley in Superbowl 5, who was the only player to win the MVP on a losing team.

What are your best props for Super Bowl 55?? Join the discussion on our discord channel to join in.