Here are some free picks for Week 13. Make sure to utilize the CapWize Betting Dashboard to get up to date live odds, betting %, money % and model picks to make smarter picks and to see of our simulation scores. Also, check out Matt’s Teaser for week 14.

This is one of my most confident props of the year second to Cam Akers over 50.5 rushing yards last Thursday. This was a game where he he 50 rushing yards in 5 mins into the game and ended at 171 rushing yard in total.

On the season, respectively, these number for the rookie WR through 13 games are a 47% catch rate, 15 yards per receptions, 7.2 yards per target.

So what am I getting at here? Well, Jeudy’s receiving yardage line for today is 42.5, which is his lowest mark of the season. This is the perfect time to take advantage of the value and BUY LOW!

Jeudy made a tweet after the Chiefs game, which he then later deleted, eluding to not getting the ball last Sunday night. (see quote below) 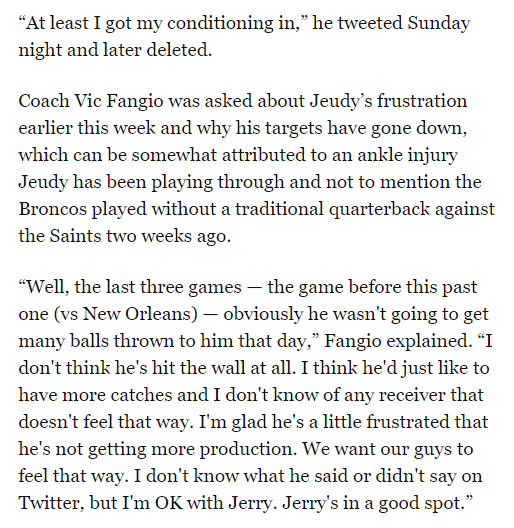 While I don’t agree with Jeudy tweeting that, he was 100% valid. After watching some game film, he was open many times and also had a few balls that Lock could have thrown better to him.

So we have the head coach here talking about this, Drew Lock talking about this, a talented receiver who has been getting open and deserves more touches, and film from the last game with this on tape. Something has got to give and that is a big game upcoming.

Carolina gives up 250 pass yards a game which ranks 21st including 291 yards last week against the Vikings including giving up 74 to Bisi Johnson and 70 to rookie Justin Jefferson (both receivers).

Panthers have given up more than 44 yards to a receiver 12 out of 13 weeks, and over 44 receiving yards to two receivers in over half their games.

I expect Denver to be trailing in this game considering Denver typically gets out to slow starts with Lock on the road, and with AJ Bouye out in the secondary. Bouye missed Week 9 against the Falcons, a game where the Broncos were forced to air the ball out.

Jeudy had 125 yards on 7 catches in that game. I expect him to easily surpass this number and to have a big game.

Pick- Jeudy over 42.5 receiving yards  (available on DraftKings and PointsBet) 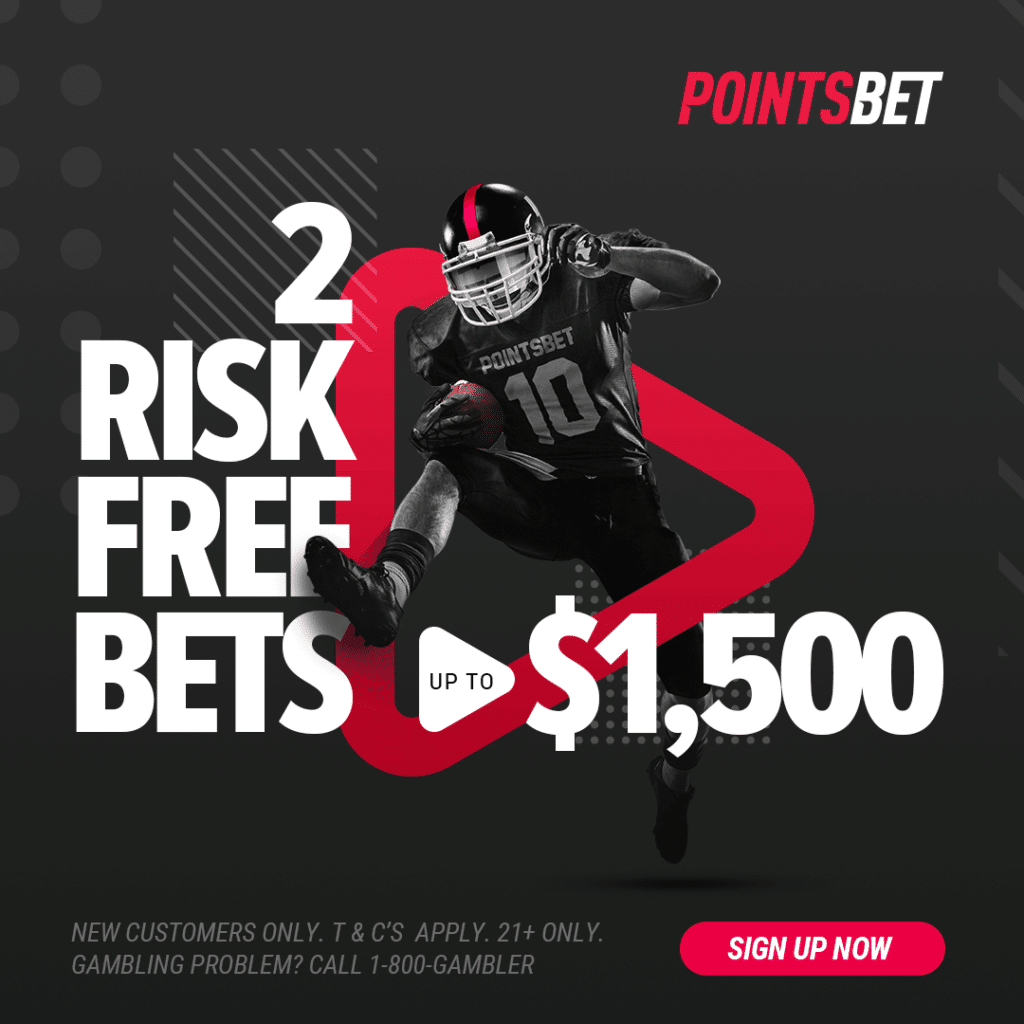 What are your best bets for NFL Sunday Week 14?? Join the discussion on our discord channel today.